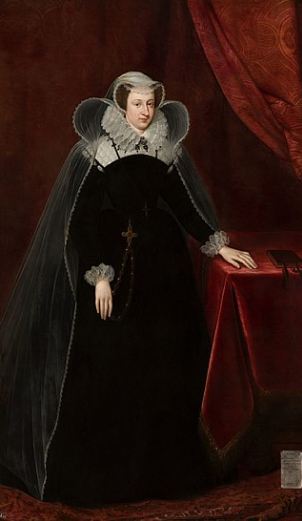 Mary, Queen of Scots, is probably one of the most famous people in Scotland’s history. Her life proved to be full of romance, tragedy, and drama than any other legend. This is because regardless of the seemingly right decisions she makes, Mary made in her life – from marrying for love to abdicating her throne in the face of insurrection – the results were always not in her favor. In this article, we are going to learn more about Mary, Queen of Scots, and her exciting but scary life.

Mary was born in Linlithgow, Scotland, on December 8th, 1542. When she was just six days old, she became the Queen of Scotland when her father, James V of Scotland, died. Since then, Mary became the focal point of feuding factions in the Scottish government. She was put in between those who wanted to use her to gain closer relations with England and others who wanted to use her to strengthen the ‘Auld Alliance’ with France, which opposed English interests.

Even if Mary was initially betrothed to Henry VIII of England’s son, Edward, those with French interests eventually transferred her to France in 1548. She was put under the care of Henry II of France, and she was promised to marry his son, the Dauphin Francis.

Under French care, Mary grew into a cultured woman who knows how to speak several languages, and she became an accomplished poet and musician. In April 1558, Mary married Francis II, which is why she became Queen consort of France and the Queen of Scots.

However, over the next two years, Mary’s French world was destroyed because King Henry II died in a jousting accident in 1559, and her husband died the following year. That same year, Mary’s mother, who remained in Scotland to be part of the ruling council, died suddenly of dropsy. This is why when Mary realized that there’s little left for her on the continent, she decided to return to Scotland in July 1560.

Since she spent her entire childhood in France, Mary was ill-equipped to deal with Scottish politics properly. Not only that, but the friction created by Mary’s devout Catholicism and the increasing power of Protestants at the Scottish court only made matters worse.

In 1565, Mary decided to marry Henry Stuart, Lord Darnley, a Scottish noble who also happens to be her first cousin. However, even if they married out of love, their marriage quickly crumbled after Darnley became jealous of Mary’s Catholic secretary, David Rizzio. This said jealousy led to Darnley murdering the secretary.

Darnley’s eruptive behavior became a major issue at the Scottish court. Not long after this became an issue, Darnley was murdered in an explosion that happened in Kirk O’Field. A residence Mary had mysteriously left hours before the explosion occurred. However, it was later discovered that Darnley did not die in the blast. He was strangled before the explosion even happened. Most Scottish Protestants believed that Mary had something to do with the murder, but it was the Earl of Bothwell who was tried and acquitted for the murder of Darnley.

After Bothwell’s acquittal in 1567, Mary and Bothwell eventually got married. The marriage became controversial, and it angered Bothwell’s rival Scottish noblemen and several Scottish peers, which led to an open rebellion. After several failed negotiation attempts, Bothwell was exiled, and Mary was imprisoned. Just a month after her imprisonment, Mary was forced to abdicate the throne.

After being released in prison and leading a failed rebellion against her former captors, Mary decided to go south of England and to the supposed safety of her cousin, Elizabeth I, Queen of England.

However, Mary’s appearance in England brought several problems for Elizabeth. Because Mary was the closest Catholic relative of Henry VIII, and according to laws, was the rightful queen of England, and it was a right that Mary refused to renounce. This is why Elizabeth decided to keep Mary in different imprisonment stages and held her captive in different castles and northern English estates for the next twenty years.

In 1586, the Babington Plot, which the Catholic Englishman Sir Anthony Babington initiated, showed the plans to assassinate Elizabeth in order to place Mary on the English throne. Along with this, there were also confiscated letters that proved Mary’s complicity in the assassination, which is why she was also put on trial. in 1586, Mary was found guilty of treason and was sentenced to death. For two years, Elizabeth hesitated to execute her cousin, who was also a rightful monarch of Scotland lawfully. However, she eventually signed the death warrant, and Mary was executed on February 8th, 1587.